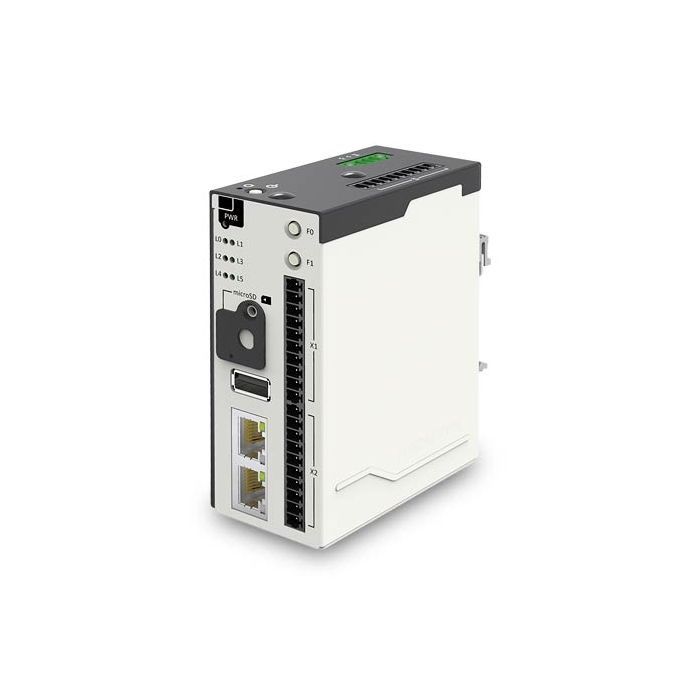 Skip to the beginning of the images gallery

Neousys IGT-30 series, equipped with AM3352 from Texas Instrument's Sitara AM335x family, is an ARM-based Box PC aimed at Industrial IoT Gateway and Industry 4.0 applications. As required by any industrial applications, IGT-30 series is shipped as a ready system preinstalled with Debian and in compliance with common industrial certifications such as CE/FCC, shock and vibration. It has a power input range of 10 to 25 VDC and a wide operating temperature from -25°C to 70°C to ensure IGT-30 continues to function under harsh industrial conditions.

IGT-30 series IoT Gateway supports PoE Powered Device (PD) mode meaning it can be powered by a LAN cable from a PoE Power Sourcing Equipment (PSE), and at the same time transfer data via this cable as well. IGT-30 series has I/Os that are applicable to a range of industrial grade sensors. It features one USB2.0 port, two 10/100M LAN ports, one configurable COM port (RS-232/422/485) and an optional CAN bus port. In addition to the ports mentioned, there are 8 built-in isolated digital input channels that accept discrete signals from various sensors or buttons/ switches. There are also 2 built-in isolated digital output channels to control actuators and indicators.

Communication wise, IGT-30 series has a mini PCIe slot and a USIM holder allowing it to transmit acquired data and system status via 3G, 4G or WiFi (mini PCIe WiFi module). There is an opening on top of IGT-30 series for users to mount the SMA connector of the wireless module. In terms of storage, IGT-30 series has dual microSDHC slots, one internal and one external. This design allows users to separate system/ user data and can expedite in OS deployment for mass production. Inherited from IGT-20, IGT-30 series provides six LED indicators and two function buttons that can be programmed by users. The function buttons can act as controls for IGT-30 series and exclude the need for external input devices, such as keyboard/ mouse.
€ 532,40 € 440,00